Home » BIBLE HOTLINES » An outline of the Book of Obadiah

An outline of the Book of Obadiah

An outline of the Book of Obadiah

Hebrew Name - Ovahd'Yah "Servant of Yahweh"
Greek Name - Avdiou (Greek form of the Hebrew)
Author - Obadiah (According to Tradition)
Date - 587 BC Approximately
Theme - The Destruction of Edom
Types and Shadows - In Obadiah Jesus is the One whose kingdom it is. 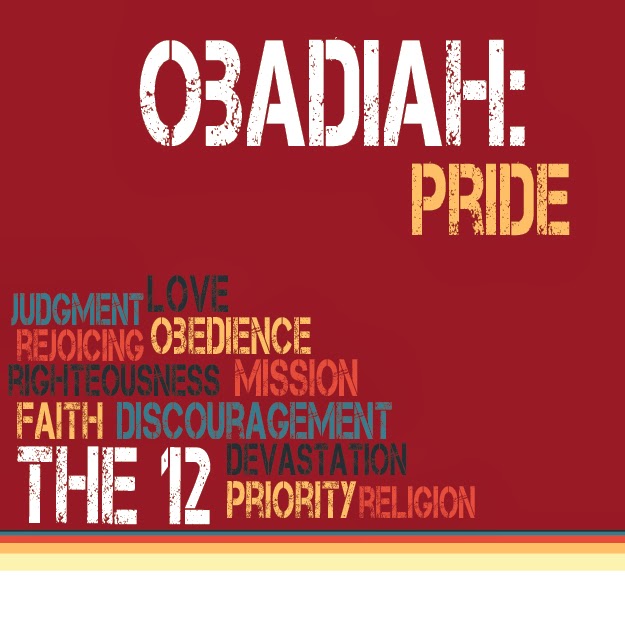 The prophet Obadiah prophesied judgment upon the nation of Edom for taking pleasure in the destruction of Jerusalem by the Babylonians, and they also attacked Judah during this invasion. Obadiah pleads that Edom should've helped Judah and should not have participated in their calamity. The Edomites were brothers of the Hebrews, they were descendents of Esau the brother of Jacob. They have always opposed their brothers, and even though their mountain stronghold in the gorges of the Petra region seemed impregnable, Obadiah predicted the Edomites doom. Edom was destroyed by the Babylonians in 582 BC, the same army that they helped in the siege of Jerusalem. Later during New Testament times Herod the Great was an Idumaen Edomite and after the destruction of Herod's Temple in 70 AD the Edomites disappeared from history.

The book of Obadiah contains only one chapter and is the shortest book of the whole Old Testament. Obadiah's name means "servant of Yahweh", and he delivered a message regarding the Edomites who had helped the Babylonians in their conquest of Jerusalem in 586 BC during the reign of King Zedekiah of Judah. The Edomites were the brothers of the Jews having descended from Esau the twin brother of Jacob, but they were always opposing the Jews and therefore there was always enmity between them. The Edomites lived in the mountainous rocky range in the southern portion of the Dead Sea region, and they had built "impregnable fortresses" in the canyons and gorges of these mountains. The ruins at the rock city of Petra are truly magnificent to behold, and they attest to the greatness of the once flourishing Edomites.

The prophecy of Obadiah reveals the sins of Edom and God's denunciation of their actions against Jerusalem. In 582 BC, only four years after the destruction of Jerusalem Edom was conquered by the Babylonians, the same army that they helped in defeating Jerusalem. In New Testament times the Herodian Dynasty was an Edomite family but after the destruction of Jerusalem in 70 AD the Edomites disappeared from history. The prophet Obadiah said that the Edomites would be "cut off forever" and "be as though they had not been." (Obadiah 1:10-18)

The last verses of the book of Obadiah reveals that Judah will be saved and the kingdom shall be the Lord's.
Share this post :
Labels: BIBLE HOTLINES